​Over the past 50 years, the church scene in many parts of Britain has experienced dramatic changes. One of the most striking and significant is the growth and multiplication of Black majority churches and other churches comprised mainly of members from the Caribbean, Africa, Asia or Latin America. Many other churches have also received new members from these backgrounds, some who have come as immigrants, others who were born here.


These developments have been exciting but also challenging. Not all have felt welcome in churches with a dominant ethnicity or culture. Not all new churches have thrived. Many are struggling to reach out beyond their own ethnic group or to hold on to their children. Efforts at partnership and mutual learning have often floundered. Overt and institutional racism has been evident. And yet the potential is huge for mission and church renewal!

(If you find this description a bit formal and would like a more informal explanation of what Black Light Course is about, please go to the end of the page for 'The alternative explanation').

The Black Light Course is hosted on Zoom meetings format, and each session is run in an interactive way including break-out rooms and time for questions to the speakers at the end.  Delegates are encouraged to have their videos live where possible.
Book Tickets

The Black Light course offers an opportunity to explore and reflect on this scenario. The course was first run in London in the 1990s as an opportunity for Black Christians to dig deeper into their history and think about contemporary challenges and opportunities, and for White Christians to learn more about the history, spirituality and faith of Black Christians and churches. Black and White presenters and participants shared in a rich learning experience.

Over 20 years on, some of the issues have changed, others remain the same. There has been further growth in the Black majority churches; there are more mono-ethnic churches; many of these churches are losing their young people and are still unsure how to reach out to others; and the Black Lives Matter movement has renewed consciousness of the continuing struggle against racism. The Black Light course has been revised and updated and was run in the summer and autumn of 2021, and in spring 2022 as an online course.  The next course starts in September 2022. 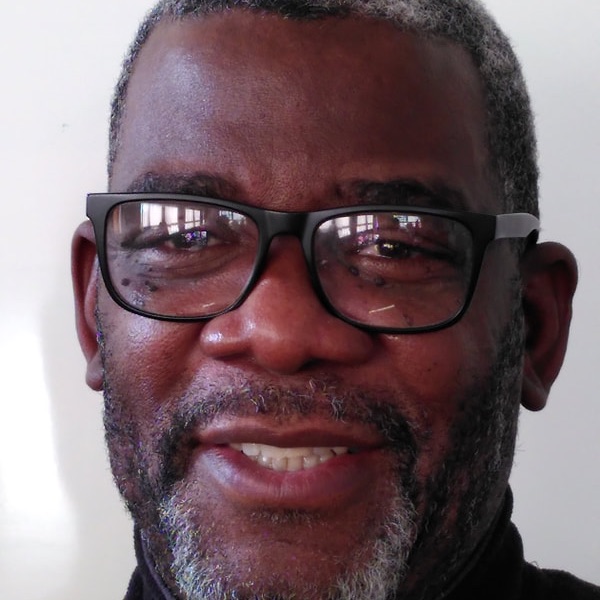 Les Isaac is the founder of the Ascension Trust. Under the umbrella of the trust, Les has pioneered many community partnerships and launched initiatives such as Street Pastors, School and College Pastors, Rail Pastors, Prayer Pastors and many more. With over 30 years of Church leadership experience and partnership development on global initiatives, Les is a visionary who wants to see the Church, equipped to serve the communities where they stand. 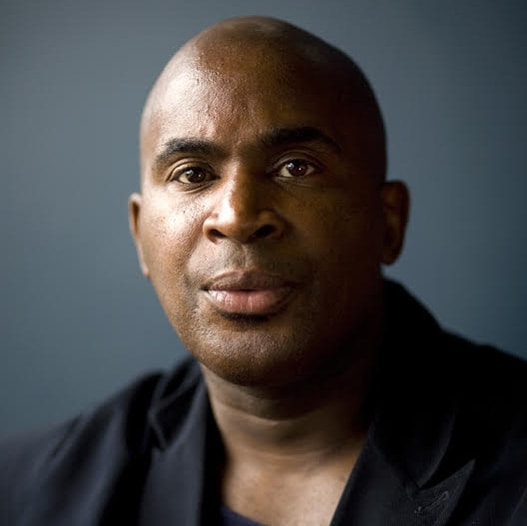 Robert Beckford is professor of Black Theology at Queen’s Ecumenical Foundation in Birmingham and VU University in Amsterdam. Robert is the author of six books and over thirty television and radio documentaries on the interfaces between theology, culture and politics. His most recent radio documentary, “Black Jesus” explores the meaning of black Christology in the age of Black Lives Matter. His current research is a practice-based theo-musicology, “The Jamaican Bible Remix album”. The album inscribes black theology into black urban music. A book reflecting on the project, Decolonising Gospel Music: A Black British Praxis will be published in 2021. 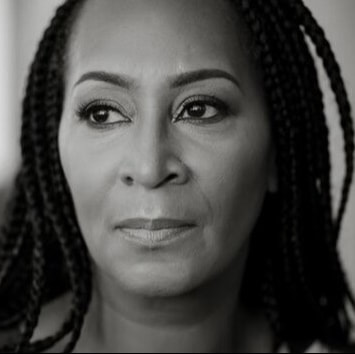 Janice Gittens is of African Caribbean descent, having arrived in Britain as a child from the Caribbean. She is a mother, motivational speaker, educator, trainer, facilitator, thought leader and therapeutic coach. She has worked as a teacher of business studies, a senior manager in the fields of mental health, criminal justice and addiction. Janice holds an MA in Psychoanalysis and has a private practice, offering coaching interventions for senior leaders seeking to transform their leadership to an anti-racist, trauma informed, justice model.  She came to faith over 25years ago and this has influenced and transformed her perception of self and the lens through which she sees herself in the world. 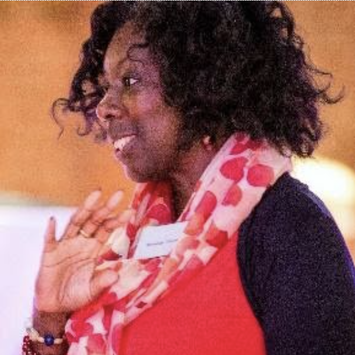 Bev Thomas works as a freelance consultant, speaker and lecturer. She has worked for the last 35+ years in the UK and internationally as a trainer/speaker on social justice and ‘race’ issues. She is also an experienced mediator, facilitator, administrator, team leader and projects and events manager. She speaks on numerous issues, including diversity awareness and inclusion, social justice, youth work, sexuality, singleness, women in leadership and politics. Bev is currently a lecturer at Formission College. She is a trustee of The Feast, Sandwell Churches Link, Urban Expression, Trussell Trust and a volunteer chaplain for West Midlands Police. She also enjoys genealogy research, keeping fit and singing for recreation. 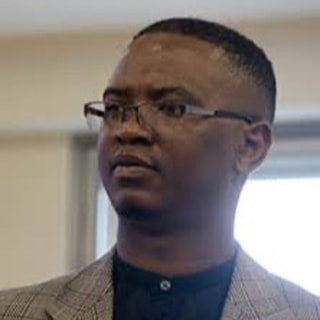 Harvey Kwiyani is an African mission scholar and practitioner who has, since 2001, served in missions in several countries in Europe as well as the United States, working mostly amongst locals as a theological educator, missional coach and church planter. He holds a PhD in Mission and Leadership from Luther Seminary in Minnesota, USA, having done his research on the theological implications of the missionary work of Africans in the West. He oversees the work of Missio Africanus and teaches African Christianity, cross-cultural missions and leadership at Birmingham Christian College and at Church Mission Society’s Pioneer Leadership Training Program in Oxford. He is the author of Sent Forth: African Missionary Work in the West (2014) and Multicultural Kingdom: Ethnic Diversity, Mission and the Church (2020). 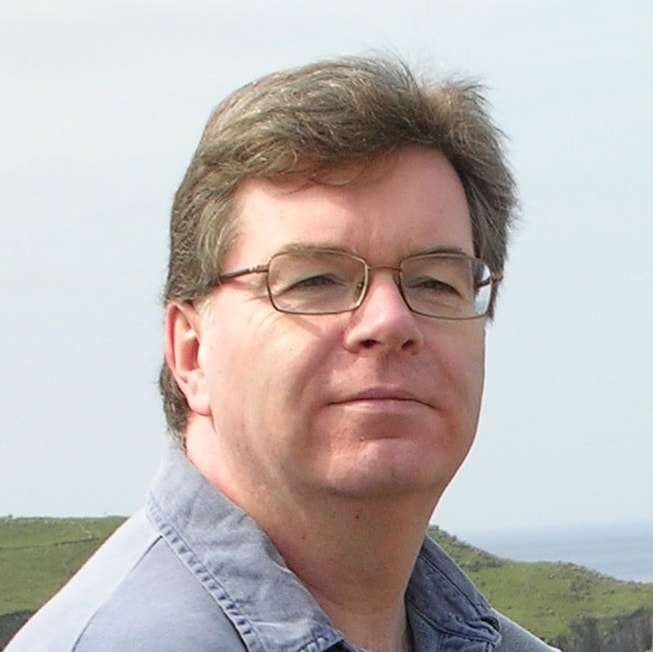 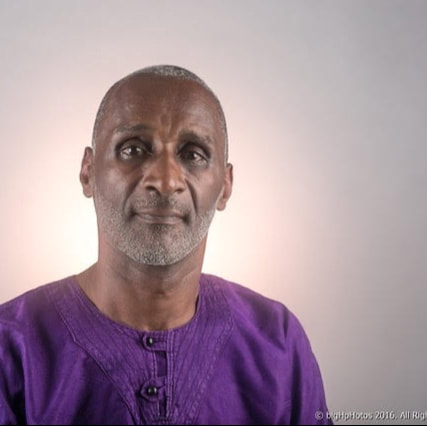 Senior Minister and Public Theologian, Ron Nathan is currently the Pastor of the Hoggard African Methodist Episcopal Zion Church, Jackson, St. Michael, Barbados. He has been in Christian ministry for 42 years and has held several Christian leadership posts in Kenya, St. Vincent and the Grenadines, Trinidad and Tobago and the United Kingdom. He has published several academic articles on Black Theology and various African themes. As a public theologian, he has lectured extensively in Africa, the Caribbean, Europe and the United States of America. 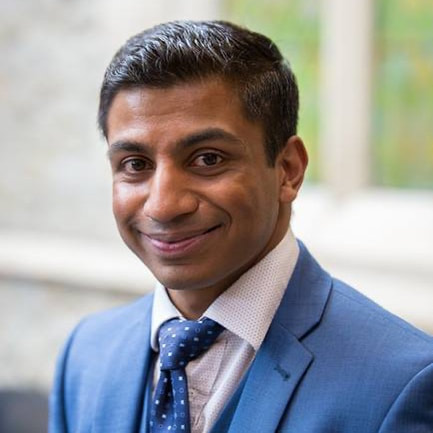 Bejoy Pal is CEO of the Ascension Trust and has worked alongside the team for 7 years overseeing the schools and youth work across within the ministry. A Street Pastor in Croydon and a School Pastor in Lambeth, Bejoy has been involved in youth work and ministry for 20 years supporting missions and projects in Moldova and nations across East Africa; as well as connecting with the young people and community at Christchurch Purley amongst other churches.

Israel Olofinjana is the new Director of the One People Commission of the Evangelical Alliance. He is an ordained and accredited Baptist minister and has led two multi-ethnic Baptist churches and an independent charismatic church. He is the founding director of Centre for Missionaries from the Majority World, a mission network initiative that provides cross-cultural training to reverse missionaries in Britain. Israel is the author of, among other books, Partnership in Mission: A Black Majority Church Perspective on Mission and Church Unity (2015) and Reverse in Ministry and Missions: Africans in the Dark Continent of Europe (2010). He is the editor of World Christianity in Western Europe: Diasporic Identity, Narratives and Missiology (2020). 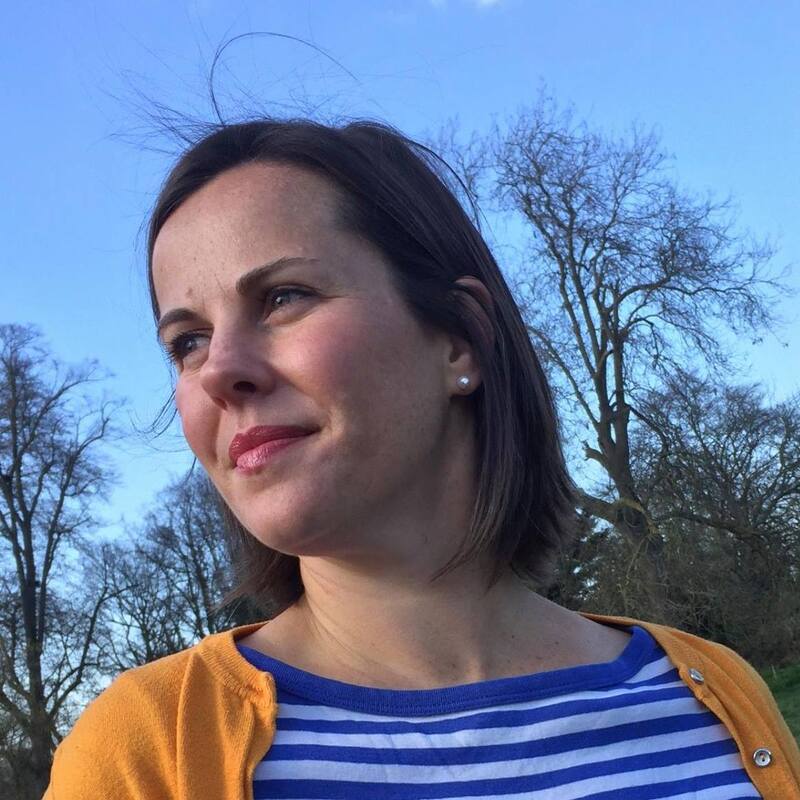 South African by birth, Alexandra Ellish spent her teenage years in England, studied theology in Edinburgh and later Prague, where she was also ordained as a Baptist minister. Alexandra has been part of Urban Expression in various ways since 2009 and is now part of the team of coordinators for the organisation. Alexandra, her husband Philip and their two children live in Peckham, South London, where Alexandra is also the minister of Amott Baptist Church. Alexandra loves the Anabaptists, Woman’s Hour and long walks with her Jack Russell, Westley.​ 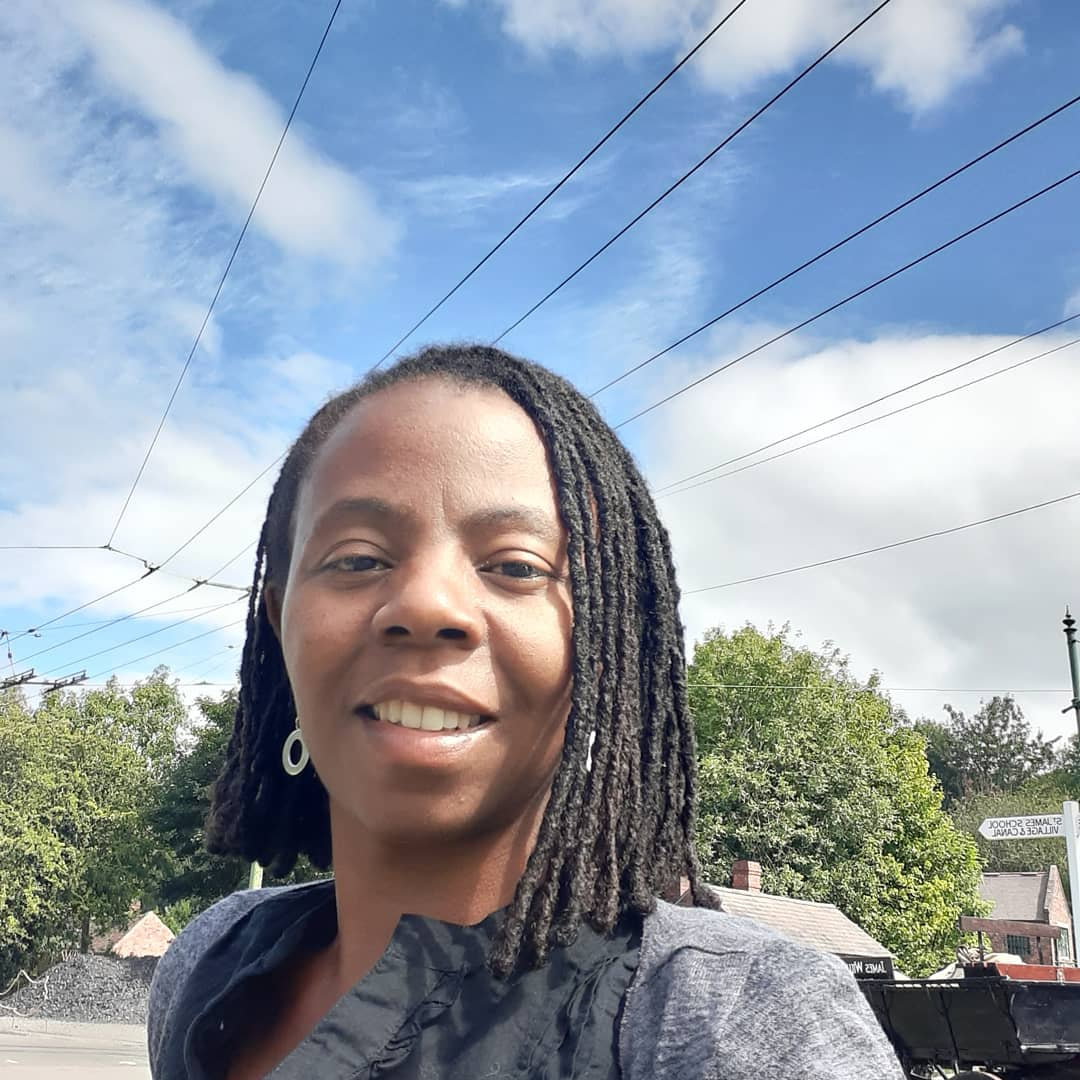 Gale Richards gained her first degree in criminal justice and holds postgraduate qualifications in youth and community work, and in theology. She has contributed to a number of publications. Gale currently serves as a regional minister for the Eastern Baptist Association, and as an associate chaplain at Anglia Ruskin University (ARU). She is also a member of the ARU Race Equality Steering Group. 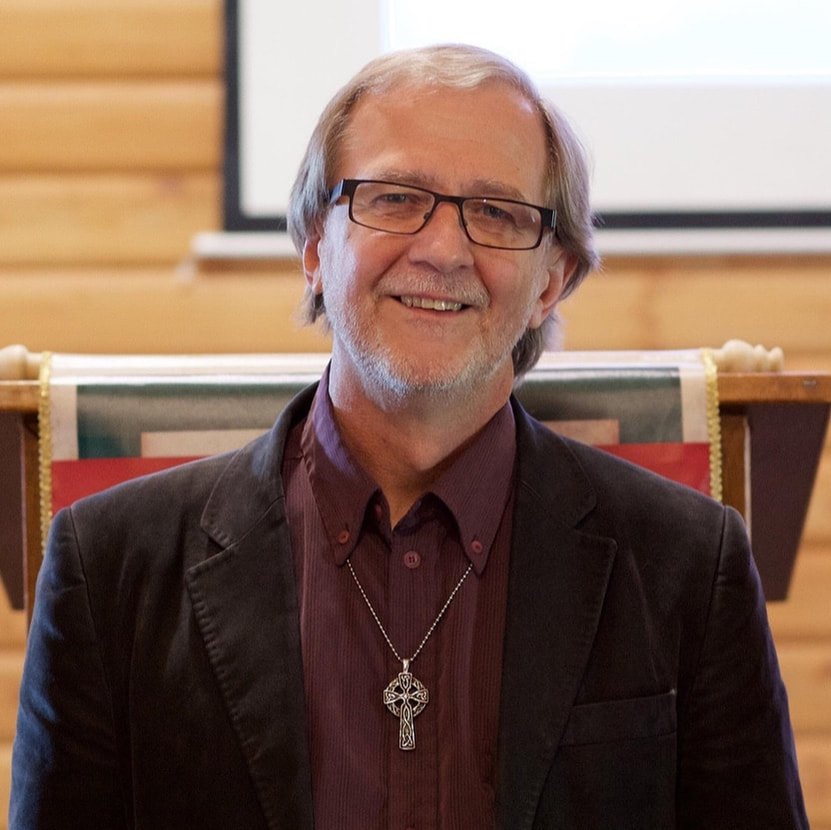 ​Dan Yarnell has been involved in mission and theological education for over 25 years, teaching in various colleges in the Midlands. He is currently the Birmingham Campus leader at ForMission College as well as a visiting lecturer at Birmingham Christian College. He is the co-author of Celebrating the Small Church;, Power and the Powers: the Use and Abuse of Missional Leadership, Forming Multicultural Partnerships; and Missional Discipleship After Christendom. He was previously the National Coordinator of the Fellowship of Churches of Christ in Great Britain and Ireland and is now their National Ecumenical Officer. He has been involved in various church plants, and was for many years the Small Church Officer for the British Church Growth Association, developing resources to help smaller churches engage missionally in their ministry. He is married to Amy and they have two adult children and three grandchildren. They live in Redditch, Worcestershire, leading a mid-week church for prodigals. Dan enjoys listening to and playing live music, watching films, supporting Aston Villa, cricket and long walks and good food with friends. 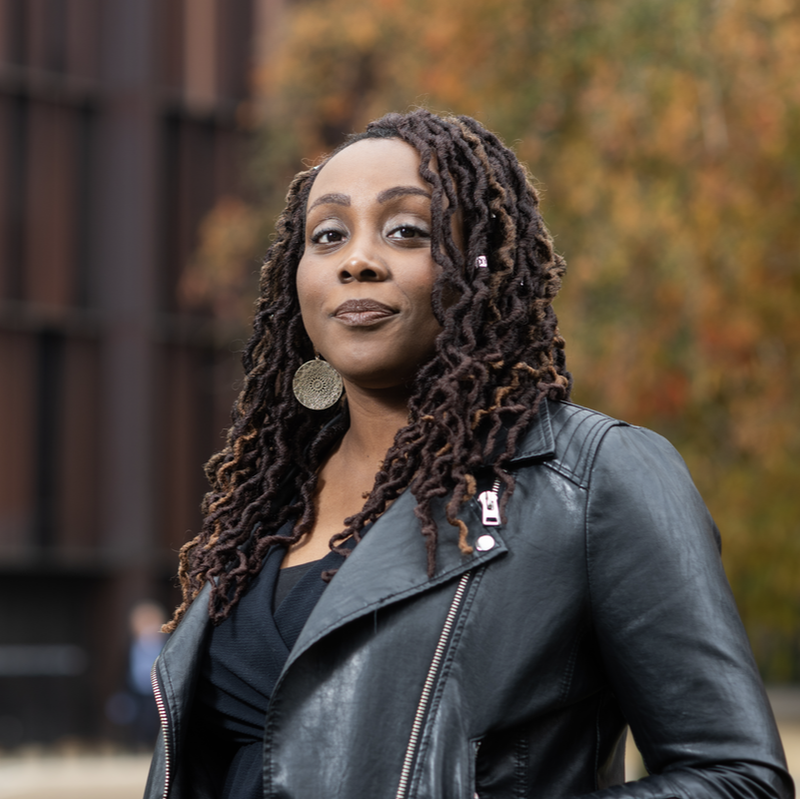 Clare Williams is the founder of Get Real, a Christian apologetics organisation which addresses questions about Christianity, particularly from the black British community.  She has a degree in English Language and Literature from Oxford University, and she completed postgraduate training in theology at Wycliffe Hall.  Clare has an MA in Leadership and an MA in Culture, Diaspora and Ethnicity. She enjoys engaging with questions of culture, truth, identity and the gospel.
Black Light is a joint initiative

We received these testimonies from people who have participated in the Black Light Course:

Black Light? That sounds rather ominous – like ‘Black Power’ or ‘Black Lives Matter.’ Who is involved? What’s the course about? Is it political? Is it meant to make people feel guilty? Who is it for? What’s the agenda?

The Black Light course was developed 24 years ago by Les Isaac and Stuart Murray Williams, who became friends when Stuart was teaching at Spurgeon’s College and Les did some teaching there – so it’s not a knee-jerk response to current issues, but it does engage with contemporary concerns about racism and injustice. Nearly 120 people registered for the online course we ran twice in 2021, so we are running it again in May/June 2022.
​The hosts and presenters are followers of Jesus, church leaders and leaders of mission agencies, black and white, from different backgrounds and with different areas of expertise. Some of them taught on the first course in 1997; others are younger and bring fresh perspectives.

What’s it about? It explores the presence and contributions of black people in the Bible, in church history and in Britain today. It celebrates the remarkable growth of the church in Africa and the exciting ‘reverse mission’ impact on Europe. It does not shy away from looking at the legacies of Christendom and colonialism, but it invites creativity and courage in seizing the opportunities that are emerging.
Is it political? No more than Jesus himself was political in the things he said and did, the way he challenged the status quo, his announcement of a new politics, which he called ‘the kingdom of God.’
Is it guilt-inducing? No, that’s not the aim, but it is challenging, inviting us to recover lost aspects of our histories, to reflect on our attitudes and relationships, and to ask what it means to follow Jesus in a multi-ethnic society.
Who is it for? Anyone interested in these topics, but especially for church leaders, youth leaders, mission leaders – actually, anyone interested in evangelism, justice, healthy churches and peaceful communities.
What’s the agenda? There is no hidden agenda, but one of our hopes is that the course will not only inform but inspire, challenge and equip, and result in new forms of partnership between black and white Christians and churches in seeking the kingdom of God in our nation. That’s the focus of the final session in the course.